Posted by GreenSlugg Muse on Thursday, March 29, 2012
The review that I wrote on Netflix about the movie "Alien Visitor" 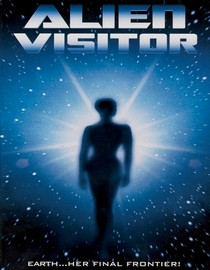 I really liked this movie. It was not a big budget sci-fi type movie, but I really liked this movie anyway. It seems a little preachy at first, but it had a lot of good things to say. It was not just environmentalist propaganda. It was about people and relationships and made me think of how I have treated my own brother, Aaron, whom I am not in speaking terms with right now, but whom I love very much. I am surprised that this movie was only in the year 1995, because the quality seems ahead of its time. Please watch this movie if you are looking for a good movie. A big-name blockbuster is not this.
I also enjoyed the fact that this movie was a movie where a naked woman was depicted in an innocent way. It reminded me of the Eve character in the C.S. Lewis Book Perelandra. (Note, I am not recommending that anyone throw caution to the wind in this area, with regards to nudity, or anything wierd like that. I am purely saying that it was refreshing to see a movie portray nudity in the form of innocence rather than in the hypersexualized context that we are used to seeing. I request here that no one put words into my mouth, or accuse me of believing any sort of perversion, because I have not said anything perverted here. I have only said that it was refreshing to see a depiction for once of the way that things are supposed to be - or at least a glimpse of the way that things are supposed to be.)
I also recommend God of Wonders, and The UFO Conspiracy both are good movies and the former is available for streaming. The one is a good nature documentary, lots of nature scenes, and the other is an alien documentary. (Both are good Christian movies). I also recommend Daybreakers for the philosophy in that movie as well.
Next post: Forgiveness Video
Previous post: Ancient Aliens