I don't know who the Mark Moore person is who made this quote originally, but I am very grateful. It is well spoken, and well reasoned, and it really gets to the heart of the matter.

"What if "the one I happened to be raised in as a child" is the largest faith on earth? And it's the largest for a reason, and the competitors are not that close? This meme supposes that it is reasonable to believe that the Greek Gods or Pokemon or whatever that thing was on Easter Island have an equal chance to be the God of Creation. I call total B.S. on that presupposition. If Odin was a rational possibility of who God was then hisreligion would not have remained practiced by one nation-group and tossed in the ash-heap of history.

If there is a God, and He has made historical contact with mankind then there is really only one reasonable candidate- the God of Abraham. So pick which Abrahamic faith makes the most sense, because they are #1, #2, and #10 in the world's largest religions. #3 is Hinduism but that is only because it is dominant in one very populous, and wretched, nation. World-wide it is a non-factor. #4 on the list is "Chinese folk religions". Clearly these represent bastions of ignorance and not reasonable candidates for who God is.

The argument only made sense thousands of years ago when competing faiths first started colliding. The rational candidate list is now down to three- all Abrahamic faiths. One of them based on ethnicity, one of them propped up by the sword, and the other true." 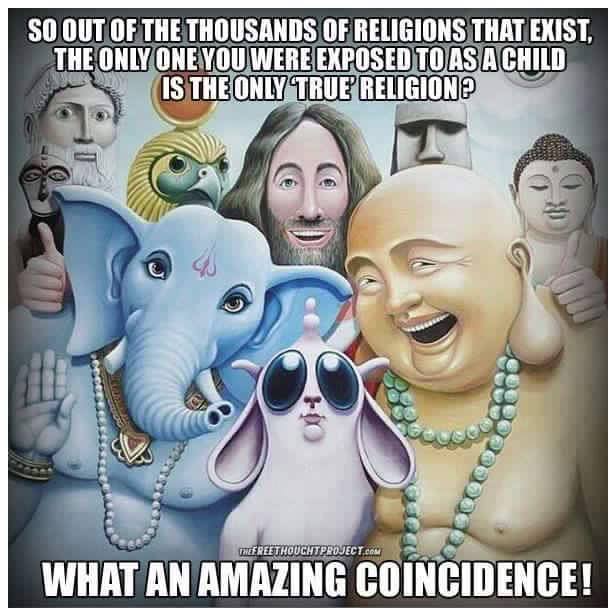