Posted by GreenSlugg Muse on Friday, August 26, 2016,
A really interesting article. I am usually pretty critical of anything that might seem to be pushing an agenda, but I don't think that's what's happening here.

The information presented here is presented rationally, and seems to be sound. The study described had proper controls etc., and I really think that it's a good read.

Posted by GreenSlugg Muse on Friday, August 26, 2016,
I just wanted to add a little something to what I've said on my last post: Of course, on one hand BLM calls for the murder of police, while on the other hand, their leaders whimper that they are non-violent, but refuse to condemn the violence and the looting (as I've shown before in interviews with Alicia Garza that I've posted on my website).
But even if they were non-violent, they still call the police "racist" at every turn, even when the officer is black. It makes no sense to support a gr...

The #BlackLivesMatter Debate in a Nutshell

Posted by GreenSlugg Muse on Friday, August 26, 2016,
Other dude: We should support Black Lives MatterMe: While I agree that we should reach out and try to help Christian leaders in the African American community, I don't think we should support the organization calling itself BlackLivesMatter, because of their repeated calls to violence, and their repeated unwillingness to look at the facts before crying "racism".Other dude: So... you don't think that Black Lives MatterMe: That's not what I said, what I said was that we can't on one hand be say...
Continue reading ...

Posted by GreenSlugg Muse on Thursday, August 25, 2016,
I was online today, and I came across a video of plans to have a Hispanic actress play Mary Jane, a traditionally white, red head female character. The video said that there were a lot of "a-- holes" who were opposed to this, and that those opposed just didn't like diversity. Original Video: https://www.facebook.com/NowThisEntertainment/videos/1148439578550936/ My response to the video was that a lot of what's going on with taking white male characters and making them female or an ethnic mi...

Posted by GreenSlugg Muse on Wednesday, August 24, 2016,
Probably one of the best videos ever made

Article on Homosexuality and Science

Posted by GreenSlugg Muse on Wednesday, August 24, 2016,
I read the lay article, and I am reading the original article today.

Posted by GreenSlugg Muse on Wednesday, August 24, 2016,
Alicia Garza, co-founder of Black Lives Matter excuses and condones the violence, and the looting of black communities.

I have a friend who told me that the riots and the looting is not being done by Black Lives Matter, it's being done by people who just use the same slogan.

Here is a video where Alicia Garza, co-founder of Black Lives Matter condones the violence and the looting of black communities.

Posted by GreenSlugg Muse on Tuesday, August 23, 2016,
Just made a new meme using a meme generator. 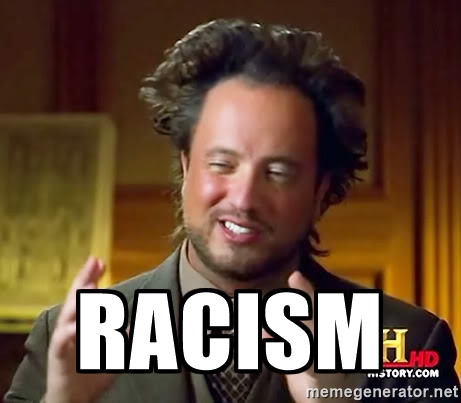 Posted by GreenSlugg Muse on Monday, August 22, 2016,
[Background: In response to Intervarsity Christian Fellowship's support of Black Lives Matter, I sent this Email to an official Black Lives Matter Email address as of a few minutes ago. I doubt they will contact me back, because who am I that they would contact me? But we will see what happens.]


I have a request for Alicia Garza. My name is Greg. I am the son of a retired military police officer. Alicia Garza has said several times that BLM does not condone violence against the police, but the...
Continue reading ...

Posted by GreenSlugg Muse on Saturday, August 20, 2016,
Just read an article by a guy who works for Intervarsity Christian Fellowship justifying the murder of police officers. (Yes I have direct quotes. Keep reading.)
This guy goes on and on about how black people are targeted by police, and says that every single person who ever says that "Blue Lives Matter" is a racist who doesn't care about black people.
"When you say Blue Lives Matter you’re saying that Black Lives don’t because no one says Blue Lives Matter unless you’re shouting down peo...

Posted by GreenSlugg Muse on Thursday, August 11, 2016,
I am currently in the process of building a new website designed for high school students. What I have right now is a very rough draft, and as of today only includes a history section (which I will break up into two history sections).

Here is the link to the temporary domain:
http://studyhighschool.yolasite.com/history.php

Posted by GreenSlugg Muse on Monday, August 1, 2016,
Hey Democrats, I am watching clips from the convention. Yes I have a registered disability. No, I don't care about your pandering.
If you want to personally help me to find a job where I can chase after my dreams, great!
If you want me to be a part of the next pet group that you feel sorry for, I'm not interested. Move out of my way, move on, and give the welfare money back to my potential employers.
I'm sure there's a cross eyed puppy that is interested in listening to what you've got to say.

Continue reading ...
« Back to posts