Posted by GreenSlugg Muse on Friday, November 10, 2017 Under: Science Fiction and Reflections
The Voyager, Part 1 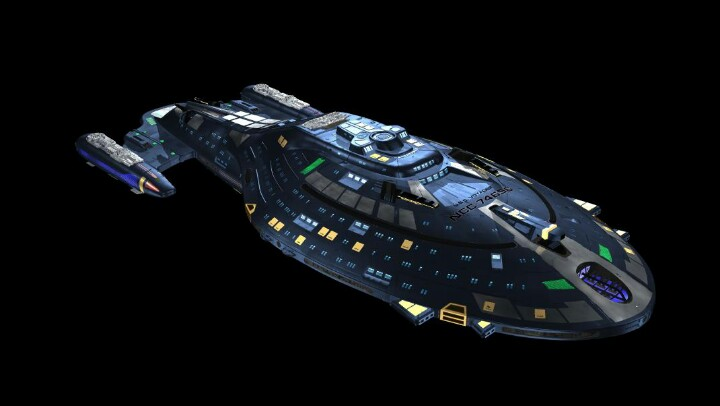 The woman’s voice called out in the darkness “Doctor… Doctor”

I opened my heavy eyes. The blonde woman looked at me through youthful blue eyes.

She smiled. “That was my grandmother’s name.”

My eyes adjusted. The young woman looked like she had some Ocampan ancestry, but she certainly wasn’t Kes.

“Doctor, if you are feeling okay, the captain would like to see you on the bridge.”

By “Doctor” I realized she was referring to me!

“My name is Ensign Harry Kim.”

She looked at me, smiling again.

“You haven’t been an ensign in many years Doctor.”

She gently pulled my hand, and I followed. The doors of the sickbay opened automatically as we walked through.

The halls were filled with unfamiliar faces, all terrified, and wearing a form of StarFleet uniform I had never seen before.

We rushed past a wall with an orange and yellow holographic mural of Tom Paris. I stared, a knot growing in my stomach.

Within minutes we walked through another set of doors, and stepped out onto the bridge.

A blonde woman with her back to me said “Good evening Doctor.” in a commanding and authoritative voice. I recognized that voice.

The woman stood up and turned to me. A white streak on the side of her hair complimented her blonde features. Her face was slightly worn, but still strong, and graceful.

A young woman approached her, dark skin, and pointed ears, with slight cranial ridges, suggestive of some Klingon ancestry.

“Captain, I made those adjustments you suggested to the shield generators, but we were unable to implement the plasma charges into the new bioneural circuitry sensors.”

Seven took the pad from her hand, and looked at the display. I looked around the room as the two discussed the situation. The faces around the room were from several alien races, some I recognized, and some I did not. There were Vulcans, Humans, Klingons, a Denobulan, and most surprisingly, a Vidian - free of the Phage that had once plagued their people, along with faces from other races.

One of the Vulcans turned and walked towards me staring at a pad, and I realized he had a mild ridge on his forehead. My mouth slightly opened with the realization that he was half Romulan.

The woman they were all calling “Captain” turned to me.

“Seven?” I asked once again, confused.

She smiled, “Doctor, thank you for coming.”

The young Ocampan woman lead me to a seat off towards the right of the Captain’s chair, just out of range of the camera’s that would relay viewscreen communication.

The dark-skinned Klingon woman announced “We’re coming up to the target, we’re within range.” Her voice was shaking. To say that she had fear in her voice would have been a great understatement.

Stars appeared on the view screen, and we came out of warp - if it could have been called warp.

The image on the view screen panned and a planet came into view. The planet was red with large tracts of green veins with an unnatural glow.

New stars began to appear in the sky all around us. They were moving. These were ships.

“I see them Ensign.” Seven announced

“Commander Uhura, you may fire when ready.”

“Understood Captain.” Responded a very large Klingon man. At a command station behind her.

“Have we loaded the nanite grenade?” Asked Seven

“Yes Captain.” Responded the young man with the Romulan and Vulcan features.

A burst of green light emitted in the viewscreen, with a diagram of a small object in the lower right hand corner.

“We’re taking fire. Our shields won’t last much more than two minutes.” Reported the half Romulan

“That’s not going to be enough time to confirm contact with the surface!” Objected a human female.

“Pull us back, full impulse!” Ordered the Captain

Seven decided not to go to warp, suggesting that she had a plan, and was trying a tactical strategy to circle back around.

My heart sank. The green veins on the planet - the realization dawned on me. We were attacking a Borg world!

“Activate the bioneural auto-defense relays, and fire at every ship within range.” She turned in her chair.

“Lieutenant, how long before we can reactivate the slipstream drive?”

“It’s going to be another three minutes before our engines are charged, and if we go to warp before we can activate the slipstream drive, we’re going to lose at least forty percent of our shields.”

“Maintain our tactical maneuvers, and activate the slipstream drive as soon as Voyager can make the jump!”

There was a dim flickering in the lighting in the room, and then another. A faint red whirlpool appeared in space. Borg ships of all types began to appear, exiting the newly formed wormhole.

Voices echoed around the ship, and I realized quickly that they were coming from inside my head - the sounds of the Collective.

“Oh my God, it’s her!” Said the young Klingon woman.

Ensign Tuvok? I thought immediately about the mural to Tom, and the aged features on Seven’s face. How much time was I missing? I looked intently at the Klingon woman and realized that her features were a combination of Lietenant Tuvok, and B'elanna Torres. Tom, what happened to you? What happened to Voyager? Fear was growing inside me. What were Jade-Empress class vessels, and why were we invading Borg space?

These thoughts passed through my mind in mere seconds, before I was interrupted with another voice.

“Why do you resist me Seven?”

I knew that voice! I’d heard it everyday of my life since the day I was assigned to Voyager and stranded in the Delta Quadrant.

“She’s sending in her ships.” Announced a human male in his early twenties with a tan complexion and dark facial tattoos.

The image on the viewscreen began to distort, and a three dimensional hologram began to take shape.

“I can’t keep her out!” Yelled one of the vulcan females in a terrified voice.

“Dear God, please keep her out!” She added

“T’Pel” The image said “Don’t you know that I am the Empress herself? I am God!”

The image of Captain Janeway fully formed in the hologram in front of us, only this was no longer Captain Janeway. She wore a black body suit with green patterns stretching throughout, and had long brown hair resting on her shoulders. Above her left eye rested an ocular implant, like Seven’s, and from her right jaw grew elegant tendrils stretched across her face in a graceful pattern, but I could not tell if they were living or machine.

She smiled, an inviting, dark smile, and widened her arms, the ship jolting from the impacts.

“Seven, I’ve always been a mother to you, and my how you’ve aged. We’ve missed you greatly. Won’t you come back to us?”

The image of Seven’s mother and father appeared beside Janeway, each of them with Borg implants, and each of them, smiling, and looking longingly out from the hologram.

“Continue your ordered tasks. Ignore her. She’s trying to manipulate us and get inside our heads.” Seven ordered

“And young ones,” She looked at Ensign Tuvok, as well as the young Ocampan woman, and several others. “there is nothing to fear, our family is big enough for all.” The image of several more people joined her, including a Borg-assimilated form of B'elanna Torres.

“YOU MONSTER! WHAT DID YOU DO!” Demanded Ensign Tuvok

Seven turned to the Vulcan woman “T’Pel,” The ship shook violently “She’s trying to get into your head. You need to resist her!”

Then she turned to me. My heart was racing. Surely she could not see me, I was out of range of the viewscreen cameras!

But she did! She made direct eye contact with me, and I could not look away. “My Harry. You’ve always been like a son to me. I know how much Libby meant to you. She’s here with me, along with your family, and they want you to join us.”

That made me feel sick to my stomach. Had Libby really been assimilated? Had she really taken my family? Was Earth conquered by the Borg?

I jumped from my seat, screaming as hard as any man had ever screamed since our first days in the caves “YOU’LL DIE FOR THIS!” And I lunged towards the hologram, grabbing nothing but air, and falling to the floor.

The image of the Janeway Borg Queen faded, and the jolts ceased.

Terrified Starfleet voices began giving reports, one after the other.

The Ocampan woman helped me to my feet. My head was reeling. Why was I unable to remember anything, and how was I able to hear the Collective?

In : Science Fiction and Reflections